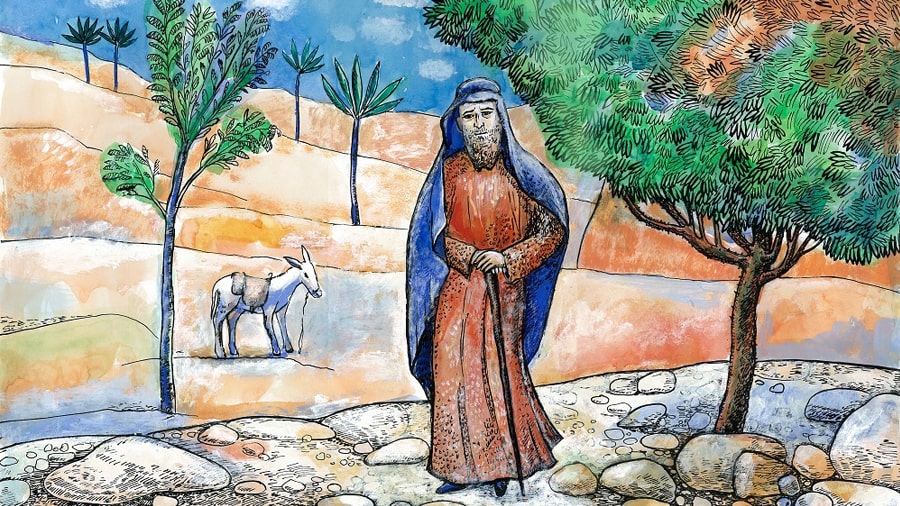 There was a small monastery near the nice town of Ascalon located on the Mediterranean coast. There were monks who sought solitude and wanted to spend their lives far from the worldly commotion. Soon, people from all the surrounding areas began to flock to the monastery, as they learned about the amazing wisdom of the brothers' spiritual counselor, Abba Artemon. The elder wept bitterly because he could not enjoy peace and tranquility. Nevertheless, he always welcomed the guests and helped them in the best way he could.

One day, three brothers came to the monastery. They fell to their knees in front of the Abba with such reverence that even the monks were surprised at their piety.

"We would like to spend some time with you, Father!" the youngest brother said. "We know that God has endowed you with extraordinary gifts. Maybe you will guide us on the right path..."

The elder was surprised, rushed to raise the brothers from their knees, and answered:

"Can I, a sinner, teach you? Abide in prayer, in fellowship with our Lord Jesus Christ, and He will lead you."

"Let us enjoy the grace that comes from you!" the young men insisted.

"If you don't want to pray, that's fine! Stay with us as long as you like!"

The brothers were happy, and the youngest one even said:

"There is nothing we need to do next to such a blessed man of God... We will be saved by his prayers. Let us stay here until the Lord calls us to Himself!"

He and his brothers occupied one of the free cells. One day passed, and then another one went away. The monks were praying, working in the garden, but the three brothers were lying around, happy that nobody was putting them to work. They were so fond of the elder's simplicity and humility that he became like a father to them. They did not know what to do, so finally, the middle brother suggested:

"Let's see how Abba Artemon communicates with God! It can't be that he prays like ordinary sinners. Surely the Angels themselves come to him to praise the Creator together!"

The young men waited until the service was over and all the monks went to their cells. They hid behind the Abba's door and started listening. Suddenly, the elder started singing songs at the top of his lungs! The brothers looked at each other in bewilderment: the elder did not seem to be getting down to prayer! They had to return to their cell in disappointment.

"He probably prays at night when everybody's asleep," the younger brother broke the silence. 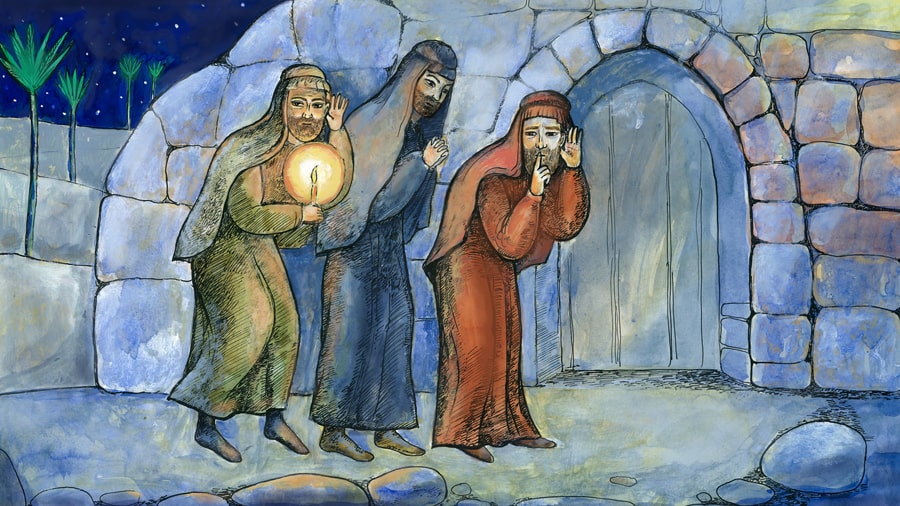 Waiting for the moon to appear on the black bottomless sky, the young men sat down again at the door of the elder's cell. They waited for ten minutes, and then jumped from fear! It turned out that the elder was sleeping so deeply that even the monastery's stone walls were shaking from his loud snore. The brothers went back to their cell and kept silent for a long time, not knowing what to say. Then the elder sighed and said sadly:

"Our Abba is in trouble… He doesn't pray at all. What should we do? He is going to perish because of his neglect."

"We should pray for him," the middle brother suggested.

"That's right," the youngest brother nodded, "Who is going to intercede for him before God? After all, his disciples do not know that the elder is graceless!"

The brothers packed up, said goodbye to everyone, and went home the next morning. No matter how hard Abba Artemon tried to persuade them to stay, the brothers refused, saying cryptically, "We have to hurry because we have a very important thing to do." The elder blessed them and when the young men went out of sight, he went to the monastery garden. One of his disciples ran after him screaming:

"Father, how long will the merchant you let into your cell stay with us? It is not good for you to sleep on wet ground under a fig tree!"

Abba Artemon didn't respond. He squinted mischievously and looked up at the sun, which gently touched his weary but joyful face. 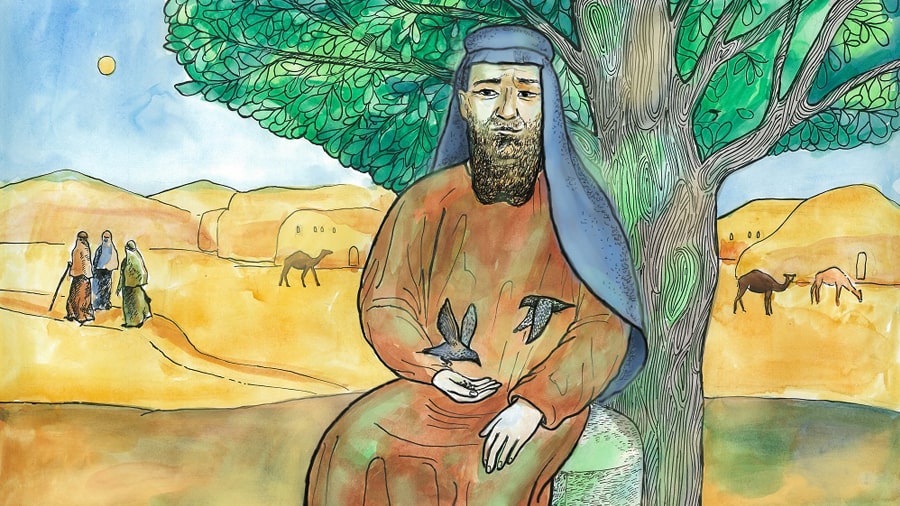