Nun Maria (Yakovleva): 'The beginning was the best time of all.' 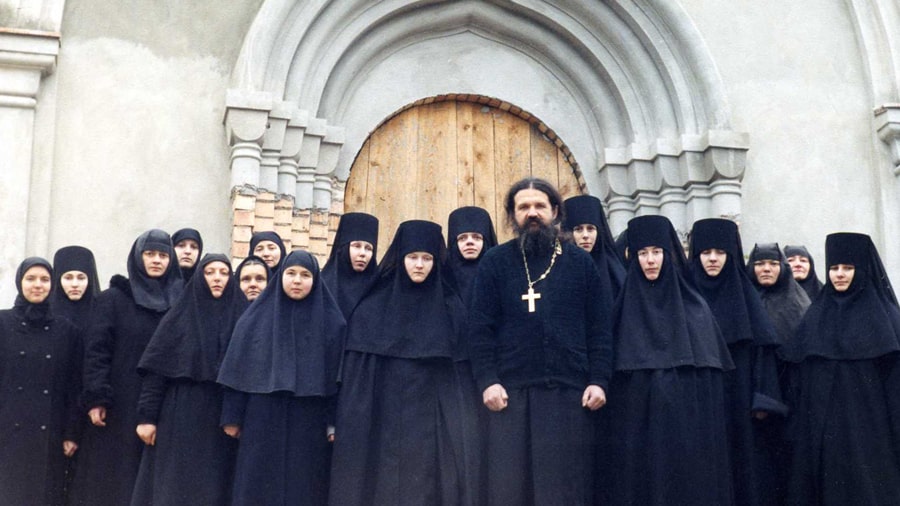 As time passes, we tend to forget the way things were in the beginning. To preserve the unique memories of the Sisters who were the first to join the Convent, we asked them how it felt 20 years ago.

Nun Maria (Yakovleva) shared her recollections with us.

—The first monastic tonsuring in the Convent's history took place one year before the Convent itself was founded. It took place in August of 1998 at the Convent of St John the Evangelist in Damashany village not far from Minsk. Our Senior Sister, Elena Sysun, who later became the Convent's first Mother Superior, took monastic vows at that time. We were still lay sisters then. That tonsuring was the first time for us to sing as a church choir. Back in the day, there was nothing in this place. Today's Convent grounds were a city wasteland. We were only beginning the foundation of our first church building. Mother Superior was living in her apartment . Sisters, who were then also preparing for monastic life, often stayed there. Euphrosynia (Laptik), our future Mother Superior, was among them together with nun Eupraksia (Shilenkova) and nun Ludmila (Leiko).

Sisterhood meetings were held at St Peter and Paul's Parish House. At one of the meetings our spiritual leader, Father Andrey Lemeshonok announced that Filaret, Metropolitan of Minsk and Slutsk, had given his blessing to found a convent. In the spring of 1999 about ten of us signed a petition to enter the monastic community. Together with Mother Superior we were almost reaching the apostolic number of 12. 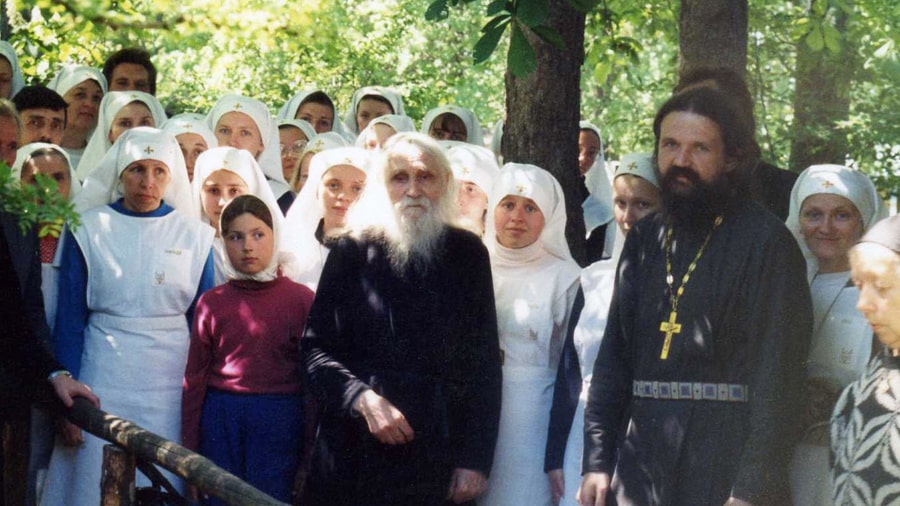 In August of 1999 Father Andrey said that six or seven sisters were going to receive novice's cassocks while three more (today's Abbess Euphrosynia, mother Eupraksia and mother Ludmila) would have a rassaphore tonsuring which meant that three lay sisters became rassaphore nuns omitting the novitiate.

Their tonsuring took place on August 22nd 1999. We sang at that service and then approached the Metropolitan. He gave us his blessing and presented us with cassocks and prayer ropes. We went to change dress and returned wearing black... To be honest, my first thought was: 'What have I done!'

I had neither a boyfriend nor a desire to get married. My dad was a military man and tried regularly to introduce me to some young officers, which I did my best to evade. Entering the Convent was clearly my intention, and yet, having put on the cassock I felt afraid of something. But that was only a momentary deception that soon went away.

Among Convent's first novices were today's nuns: Anthisa (Ostapchuk), Johanna (Orlova), Tamara (Ignatovich), Tabitha (Birukova), Maria (Voitovich), sister Photina (Shinkarenko) and I. For some reason nun Maria (Derzhanovich) was not clothed on that day. She did, however, live with us and was the Convent's first choir director. She was tonsured into Rassaphore two years later. Nun Martha (Guskova) came almost immediately after that. Three months after she came, she was also tonsured into Rassaphore at once. Nun Hermione (Zastenskaya) also came in Winter of the same year. Nuns Rufina (Filippovich), Martha (Matveeva) and Matrona (Lukashova) came in the following year...

The construction of St Nicholas Church was finished on December 10, 1999. We spent all the previous night scraping cement spots off the newly-finished floor. Metropolitan came in the morning. He celebrated a Liturgy and consecrated St Nicholas Church. St Elisabeth Church was not being built yet at that time. On the same day Metropolitan Filaret tonsured mother Euphrosynia and nun Eupraksia into Little Schema. He also did Rassaphore tonsuring of five sisters. Several of us, including myself, still attended universities. Our tonsuring was therefore postponed until after we have received our diplomas.

Our iconographers were based on the grounds of the Psychiatric Hospital. Their workshop was located in the basement of the building just left of the front security gate. Future Father Sergiy worked there in the company of his future wife, matushka Larisa, Dmitry Kuntsevich and two of our future nuns, Martha Sr and Martha Jr.

There was a two-storied wooden cabin in the place of today's OVS gatehouse (OVS - Russian abbreviation for Foreign Relations Department — editor's note). The first floor there was occupied by carpentry workshop, where late Andrey Sheburenkov used to work together with others. The second floor was used for the construction administration. This is where we slept.

We could start using the cabin no earlier than the working day was over at 5:30PM. Our schedule included several hours of prayer in the evening. We read an evening service without a priest and went to bed around 10PM. We would get up about 1AM and pray for three more hours or so and then lay down for a couple of more hours. In the morning everyone returned to obediences.

The place was cramped. We slept on mattresses that we put right on the floor. I remember always having to sleep on the side, never on the back. All because of the lack of space. And yet, it was the best time of all.

The carpentry workshop later moved to another location, and we could have the first floor of the cabin all to ourselves. That gave us a little extra room.

Sometimes our lay sisters interested in monastic life would come and stay overnight with us. Our choir director, mother Anthisa, who then went by the name Natasha, was one of them. She was a quiet and humble girl with saucer eyes, always wearing a headscarf. She was an insider, but it took 10 years for her to join the Convent. All that time she was working at her home parish as a choir director. Julia Krukovskaya, who also studied to be a cantor, was still a young girl then. I remember her getting bit on the nose by a rat, while we were sleeping on the floor at night. Yes, that was the kind of living conditions.

We had lived that way for 6 months until the monastic cells were built.

The cells were placed on the second floor of what we now call the old building. The building itself was not finished yet, but the second floor was put in service early. I was put in the very first cell together with mother Euphrosynia. Sleeping on real beds and not having to share one room with 10 to 15 people seemed a real luxury then!.. In reality the cells were very small in size. They were rather designed for one person, but we shared them accommodating two or three sisters in each. With time, as the number of sisters grew, we sometimes had to share beds, sleeping head-to-toe. I shared mine with mother Rufina when she came. Later the third floor was finished, and we moved there.

At first we took turns cooking meals. That was quite a challenge. Making a meal for five people is difficult enough, let alone fifteen or twenty. I remember praying to God: 'May it please taste OK this time...' In the beginning of year 2000 we were joined by a few older sisters. Among them were late mother Vasilissa (then Valentina Medved) and late mother Seraphima (Tarasuk). They cooked wonderful meals and fed us really well. It was later in the year 2000 when we moved into the new building, that was still under construction at that time. That building had a real refectory and a kitchen. Before we moved into that building we had to use showers in the lay sisters' homes, and it was fine. Despite the poor living conditions, that time in the very beginning of the Convent history was in fact the best of all.