CONVERSATIONS WITH THE GERONDA 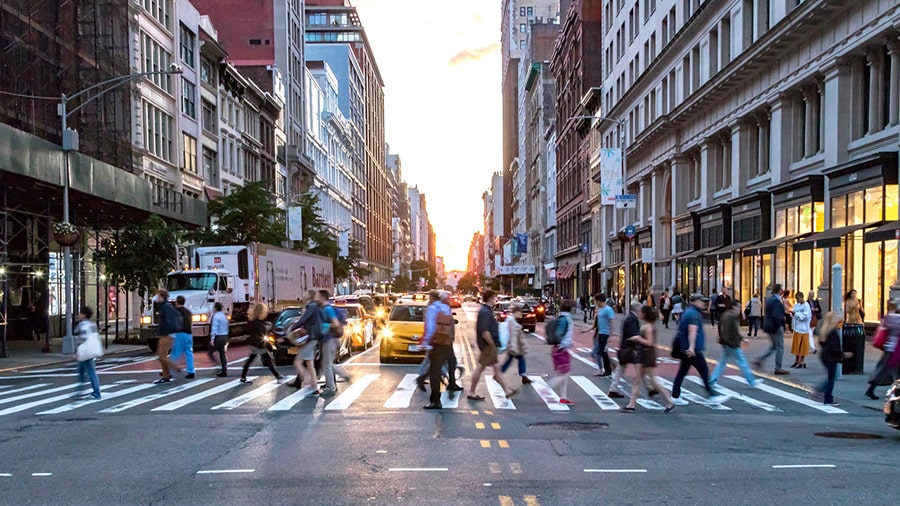 If a Man Doesn't Live in a Worldly Way, Sinners Make Him a Laughingstock

Geronda, why does St. Cyril of Jerusalem say that the martyrs of the last times will be "greater than all martyrs"?

This is because there used to be a lot of heroes [of the spirit] in the past, whereas in this day and age, there is a lack of real-life examples; I am talking now about the Church and monasticism in general. Nowadays, words and books have multiplied, but life skills have diminished. We can only admire the holy ascetics of our Church without understanding how great their work was. <…>

I recall how I was waiting in Thessaloniki for a traffic light to cross the street. As soon as the green light turned on, the crowd started moving, and I felt that I was being carried along with everyone. All I had to do was move my legs. I mean, if everybody goes to the same place, it's hard for someone not to keep pace with the others - even if they don't want to. Others drag them along with them. But today, if a person wants to live honestly and spiritually, there is no place in the world for him or her, and it is tough. If he or she is careless, he or she will slide down the hill and be carried away by the worldly current.

Some of them, Geronda, excuse themselves by saying that this sinful life didn't start nowadays...

Sin has become fashionable today. Think about it - we are an Orthodox nation but what we have come to! I'm not even talking anything about other nations... But the worst thing is that today's people are infatuated with sin and when they see someone who does not follow the spirit of the time, does not sin, or has a little piety, they call him a retrograde. Such people are offended by the fact that someone does not sin. They consider sin a sign of progress. That is the worst thing of all. Had the contemporary sinful people at least recognized their sin, God would have pardoned them. But they exonerate the things that cannot be exonerated and sing praises to the sin. Sin being considered as progress and morality as obsolete is, among other things, the worst blasphemy against the Holy Spirit. Therefore, if someone who lives in the world struggles to keep his life clean, it is of great value. Such people will receive a great reward.

In the old days, a lecher or a drunkard would be ashamed to go to the market because people would make fun of him. And if a woman used to cheat on her husband, she was afraid to stick her nose out of the house. We can say that it was a deterrent against sin. Today, if a person lives properly – if, for example, a girl lives in chastity – they say about her, "Did she fall from the moon?" All in all, in olden times, if people of the world committed a sin, they were miserable and felt guilty and it made them a little more humble. They did not ridicule those who lived spiritually, but on the contrary, admired them. In our times, those who sin do not feel guilty. They have no respect for others either. Everything is now leveled with the ground. If a person does not live like the rest of the world, then sinners make him a laughingstock.

One Has to Work Hard to Do Good, While the Devil Helps to Do Evil

Geronda, why are we so bad at doing good, but we fall into evil so easily?

This is because it is up to the person to work hard and make efforts to do good, while the devil helps the person to do evil. Moreover, people do not imitate good, and they do not have good thoughts either. I often give lay people the following example.

Suppose I have a car. I think to myself, "Why do I need it? An acquaintance of mine, who also has a car, can give me a lift to work. If necessary, I can take a taxi. I'd rather give this car to a friend of mine who has many children, so that he could take his kids out of town, to monasteries, and let them rest and gain strength." So, if I give my car to someone else, no one will imitate me. However, if I change my car – the same brand as yours – to a better one, then you won't sleep at night looking for a way to change your car to a better one, just like mine. You won't even think about the fact that the car you have now is pretty good, will you? In that case, you'll say, "I'll sell something, I'll get into debt, but I have to change my car no matter what.” On the contrary, in the first case, nobody will imitate me, nobody will say, "What do I need it for, this car? I think I'd rather give it to someone who really needs it!” And then they say that I am crazy...

Source: Words. Volume I. With Pity and Love for Modern Man