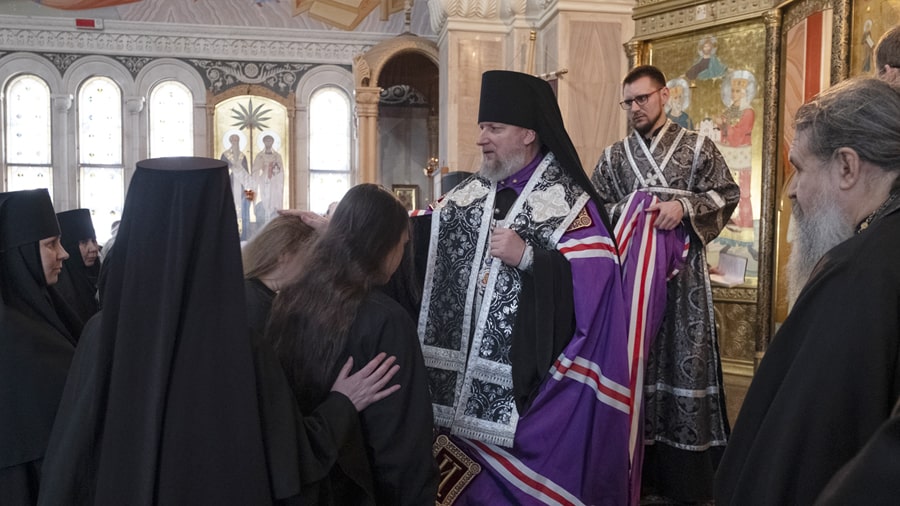 Bishop Ignatius of Baraŭliany, who is an auxiliary bishop of the Diocese of Minsk, led the Great Compline in our Convent on April 1, the Monday of the Veneration of the Holy Cross Week. After the service, His Grace tonsured several of our novices and nuns into Rassophore and Stavrophore. 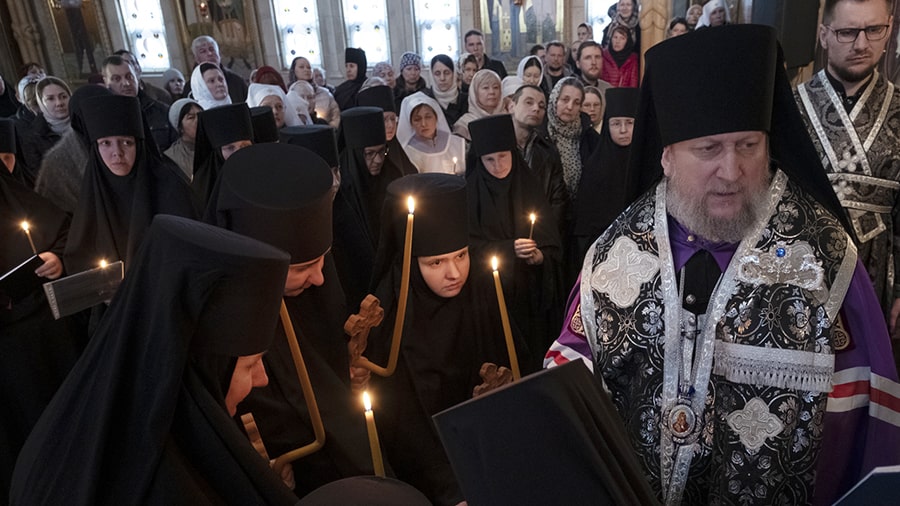 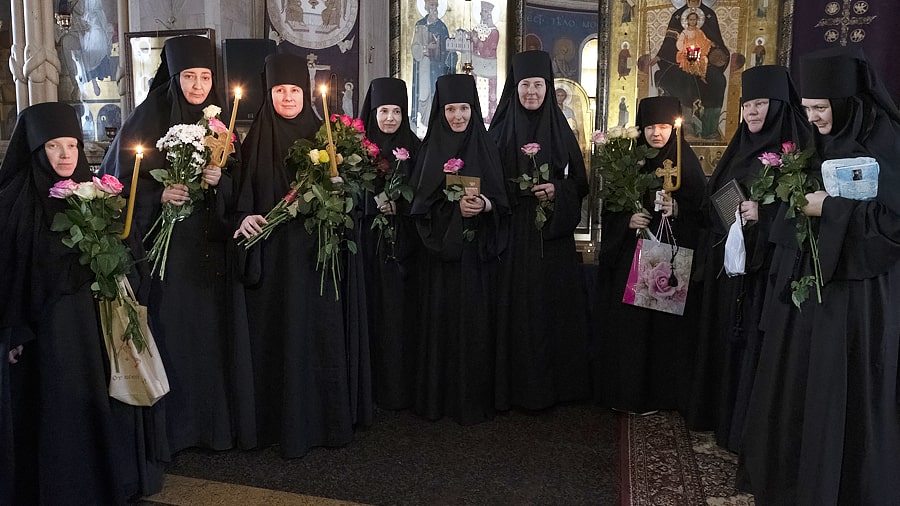 The Rite of Tonsure was held in the Church in honour of the Reigning icon of the Mother of God. Guests and parishioners of St Elisabeth Convent also prayed during the tonsure. They could see the mysterious transformation of human nature with their own eyes. When a person is tonsured and given a new name, it means that he or she is born again. It is a solemn and mysterious occasion. 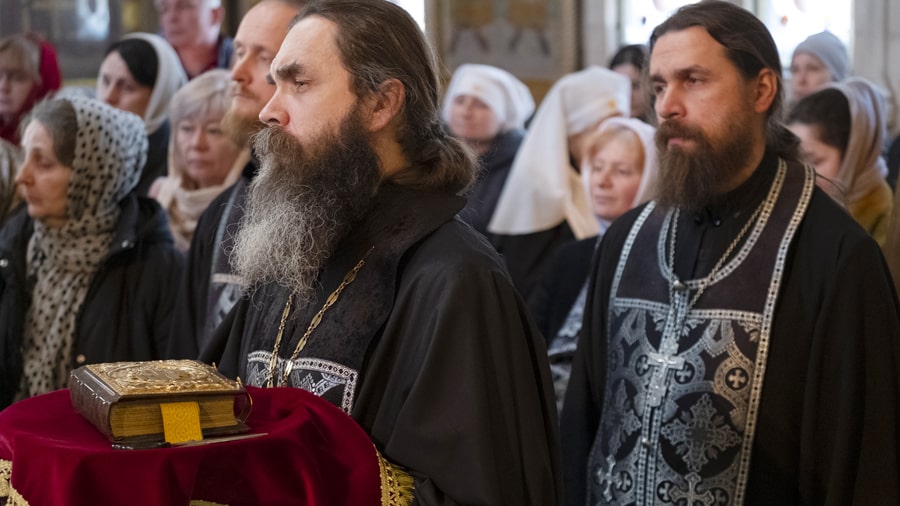