THE LITTLE PRINCE IS BACK ON STAGE:

The uniqueness of the performance at Dom Literatora on 17 November is that the cast includes disabled children alongside professional actors. The children engaged in the show are beneficiaries of the charitable fund in hounour of Saint John of Russia. 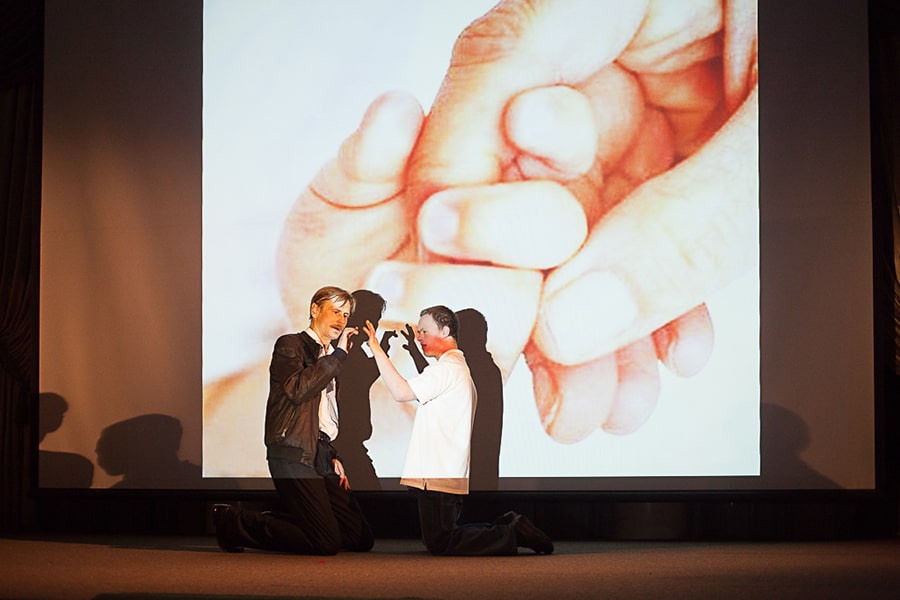 The performance has taken place multiple times on different stages, but for the actors on stage and the spectators alike each engagement is a new and emotional experience. The Belarusian actor Alexander Zhdanovich, who is the director of the performance and also a member of the cast, explains why this show is so special and in what way.

— Antoine de Saint Exupery wrote: "It is only with the heart that one can see rightly; what is essential is invisible to the eye". This phrase is the concentrated expression of the main idea and spirit of the performance. The show has been on stage for seven years. The production of the Little Prince by our includive cast named "Joy" has been played on multiple stages in Minsk City and beyond, including in Russia and Germany. The main parts in the production — are played by eight children in the care of several residential facilities for children with disabilities. 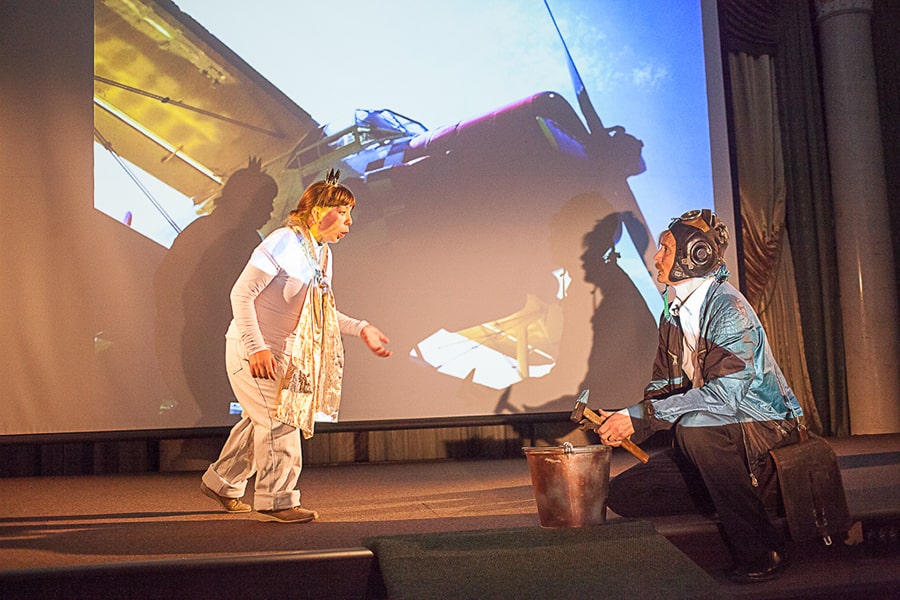 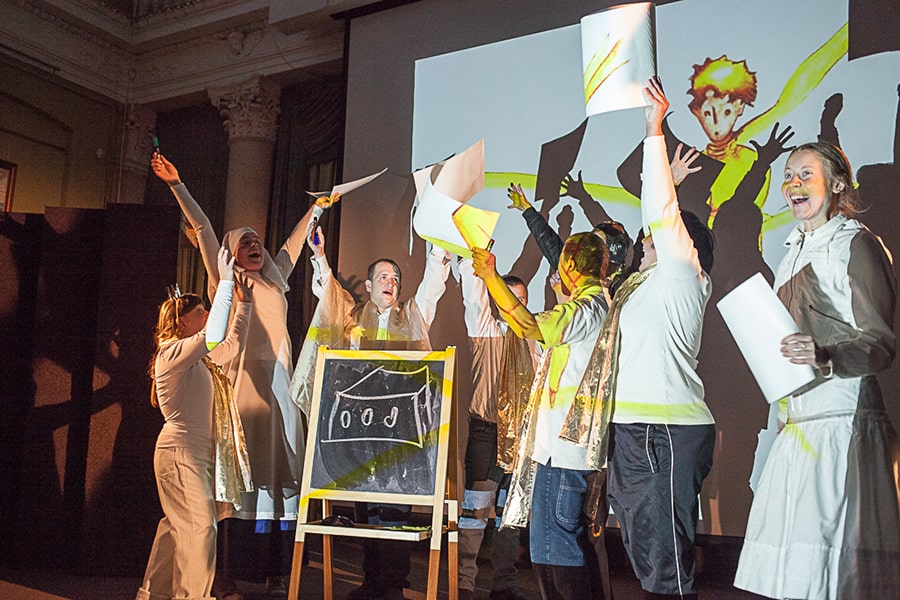 The inclusive production of the Little Prince is not just an interpretation of a well-known story and parable, but an invitation to see the world from a different angle, to exercise introspection and to make new discoveries about ourselves and other people.

''The Little Prince is often imagined as some gold-haired boy," continues Zhdanovich. "We have a different idea which I believe is mush closer to Exupery's original intention. The Little Prince is — a blissful being who always remains like a child. The members of our cast are just like that. They are not growing up. They are going to remain children - just as simple, kind and responsive. Our actors are fully prepared to share this with their audiences to help evereyone rediscover a small prince in them. The broader society knows very little about people with disabilities, their lives and their talents. To the young actors themselves, the show is an opportunity to move forward and broaden their horizons. 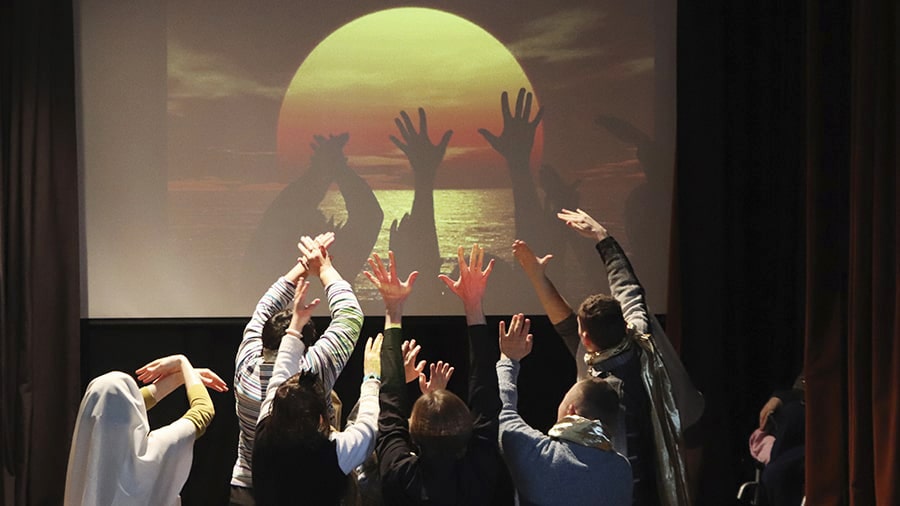 Support for the production came from the Charitable Foundation in honur of Saint John of Russia. The proceeds from the performance will go towards assisting the residents of the care facilities for the disabled. 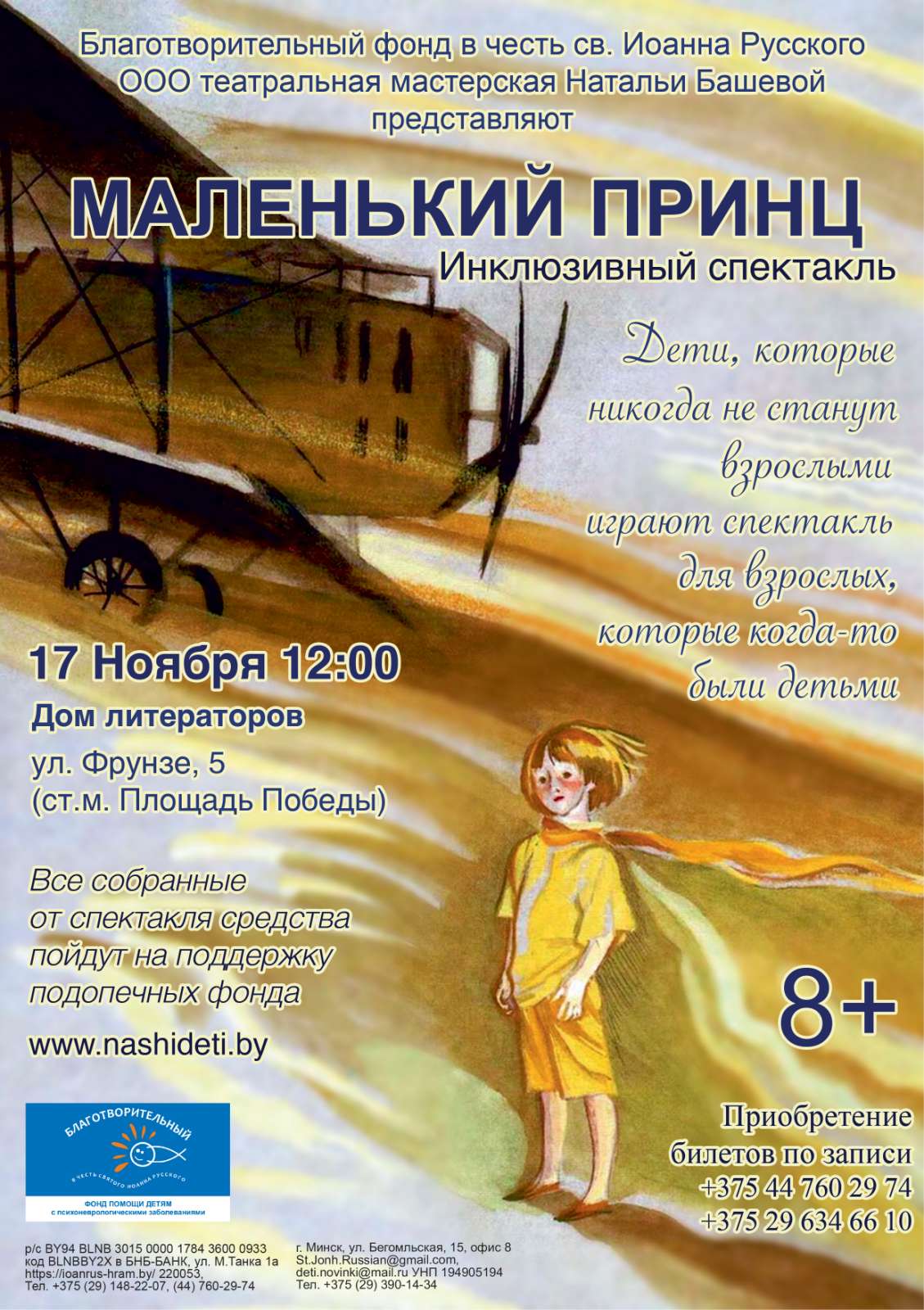